DogMaster isn’t just about the spirits — though those are pretty good, too. It’s also about the people and the friendships that develop as we work to make our products the best they can be. as we like to say: We take our work very seriously, but we don’t take ourselves too seriously. 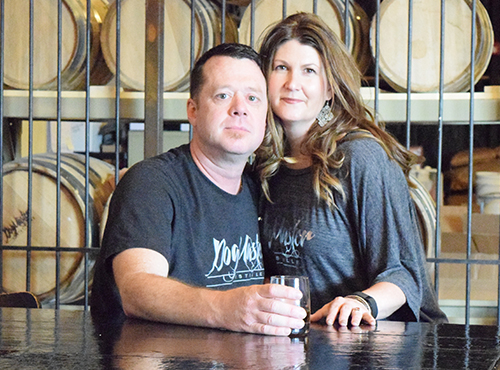 Shortly after being awarded his MBA, Van and his wife Lisa were introduced to the Craft Distilling industry. As he had previous bartending experience, spent years working in sales, marketing, and promotions, and possessed a broad knowledge about adult spirits, Van knew almost immediately that he wanted to create a distillery of his own.

Those experiences all led to the creation of DogMaster Distillery in 2014. From the moment DogMaster opened its doors, Van and his staff have worked tirelessly to create a friendly, welcoming environment where customers are encouraged not just to try a sample or two, but to learn about the distillation process as they enjoy one another’s company.

Van might make the drink, but Lisa is the straw the stirs it. There is almost no aspect of the business that Lisa does not play a crucial role in, whether that’s production, promotions, sales, marketing, or daily operations, she is always working hard. In addition to her many roles at the distillery, Lisa maintains a full-time career at the University of Missouri, and has a background in program development, coaching and consulting, with a particular focus in growth and development. 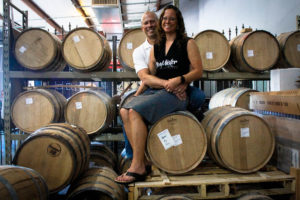 Dan graduated from the University of Missouri Columbia with a BS in Chemical Engineering thinking he would be a process engineer at a manufacturing plant.  Instead he spent a decade as a consulting engineer designing water and wastewater treatment system at a large company and another decade or so as a small business owner providing equipment and systems to municipal and industrial customers.  After a year of living abroad and more than a year on the sidelines as a silent partner in the business, Dan realized that his chance to be that chemical engineer he always wanted to be had arrived and he jumped in to provide oversight of distilling operations.  Dan lives near St. Joseph, MO and can be found in the distillery a couple of days a month distilling and planning the next expansion.

With her BS in Animal Science from the University of Missouri and many years’ experience in animal health, Stephanie maintains a thriving career as Director of Regulatory Affairs North America for Bimeda Animal Health.  While Stephanie has no specific role at the distillery, her general regulatory, manufacturing, and production experience give her the role of chief adviser and sounding board for many of the ideas Dan has as well primary bread winner in the Batliner house in support of Dan’s distilling career.  She can also frequently be found behind the sample table at tasting events pouring samples and describing the process that goes into the creation of our products. 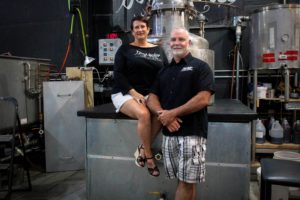 As a successful home inspector, Joe understands the importance of a strong foundation and how every individual aspect can have a positive or negative impact on the greater structure, and he brings this unique view to DogMaster.  Joe is at the distillery almost daily, and has quickly become Van’s partner-in-crime, as they navigate the varied aspects of daily operations to capitalize on their individual and collective talents and grow all areas of the business, especially production and wholesale sales.

As Amanda moves toward the end of her career in early childhood special education, she is beginning a new career as a distillery owner and spokesperson for the business. You have probably heard of brand ambassadors before, but with Amanda involved, DogMaster quickly adopted the term and the sass of brand bad-assador instead. Amanda is a true team player and is always willing to assist in any aspect of the business.

Take a look inside DMD